Boom For Real: The Late Teenage Years of Jean-Michel Basquiat 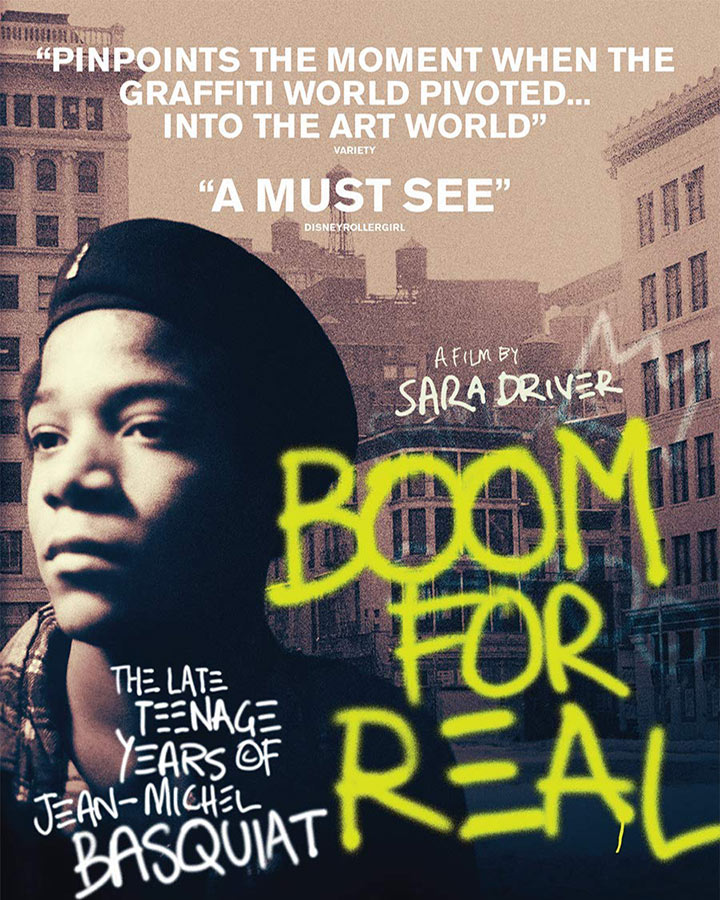 Boom for Real: The Late Teenage Years of Jean-Michel Basquiat tracks the artist’s teen years and offers an insightful look into times, people, and ideas that shaped him. Using never-before-seen works, writings, film, and photographs, director Sara Driver tapped his friends and other artists who emerged along with Basquiat.

This documentary acknowledges the artist’s self-constructed, mythical biography -his heroic, rags-to-riches story. The documentary confirms Basquiat’s importance while illustrating life in NYC in 1970s and 1980s.

A series of four documentary films highlighting the iconic visual artists whose work is featured in the exhibition, Bonnie Lautenberg: Art Meets Hollywood – Artistica! This is a two day film – Thursday, July 7, 2022 at 6-7:30 pm and Friday, July 8, 2022 at 2-3:30 pm.

Come early to enjoy music and purchase something for the film from our snack bar!
*Exclusive to Thursday before the films from 5-6pm.