An event every week that begins at 12:00 pm on Tuesday, repeating indefinitely 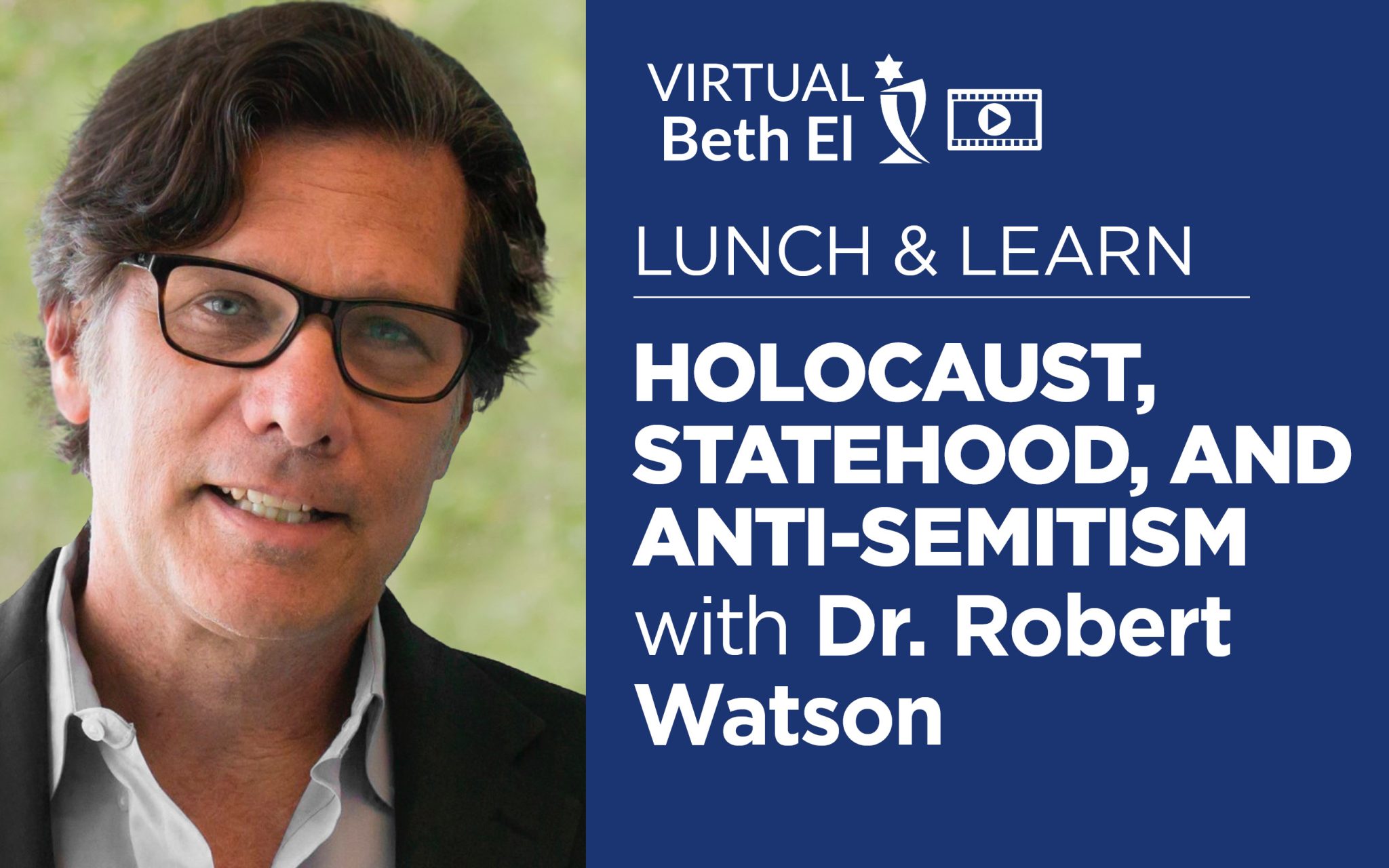 Four part series held on Tuesdays only, Nov 2, 9, 16 & 30, 2021. Beloved lecturer and Lynn University Professor Dr. Robert Watson will discuss the story of statehood for Israel, his book on the final days of the Holocaust, an assessment of the historic roots and the resurgence of Anti-Semitism and hate today in his unique and engaging style. If you have never learned with Dr. Watson, this is a NOT TO BE MISSED series. Zoom, Livestream, YouTube. Free and open to all.

Dr. Robert Watson is a historian, author, professor and political commentator who has published 40 books, hundreds of articles and is a frequent commentator on multiple news outlets. Watson is the recipient of many awards for his contributions to the study of the presidency, election commentary, community service, civics programs, and efforts to combat anti-Semitism and incivility. Robert was born in Harrisburg, attended public schools in nearby Hershey, and was educated at Virginia Tech, where he was a member of the football and track teams. He holds the title Distinguished Professor of American History and Director of Project Civitas at Lynn University in Boca.