The Anti-Semitism Series: With David Friedman 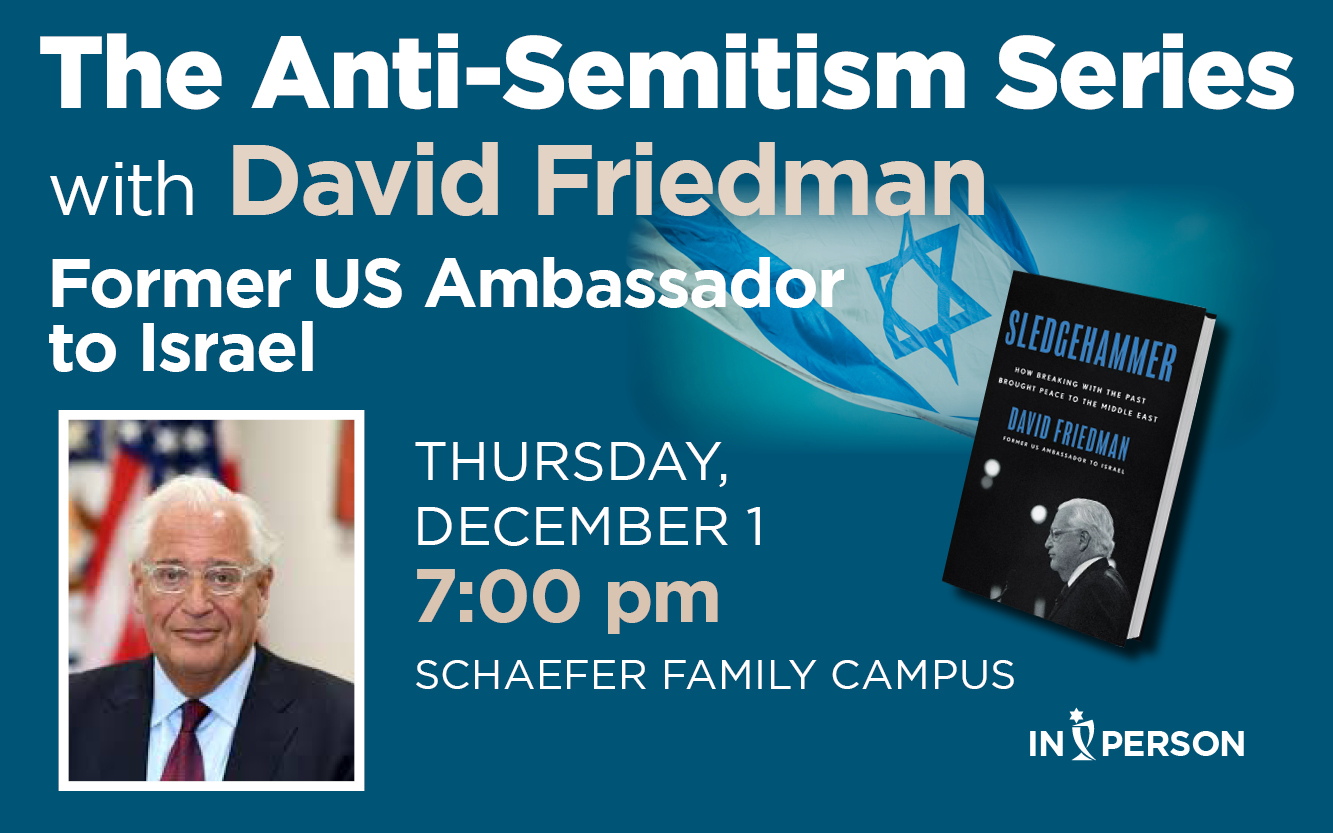 For the third event in our Anti-Semitism Series, we welcome David Friedman, Former U.S. Ambassador to Israel and member of the team responsible for the Abraham Accords. David Friedman also successfully guided unprecedented diplomatic advancements in the US – Israel relationship, including moving the United States Embassy to Jerusalem and recognizing Israeli sovereignty over the Golan Heights.

As the United States Ambassador to Israel from March 2017 until January 2021, Ambassador David Friedman successfully guided unprecedented diplomatic advancements in the US – Israel relationship, including moving the United States Embassy to Jerusalem and recognizing Israeli sovereignty over the Golan Heights. He also is among a small group of American officials responsible for the “Abraham Accords” — peace and normalization agreements between Israel and the UAE, Bahrain, Sudan and Morocco — for which he was nominated for the Nobel Peace Prize in 2021. Ambassador Friedman was recognized in each of the past five years by the Jerusalem Post as one of the 50 most influential Jews in the world, coming in first in 2020. He also was named one of the 20 Most Impactful Persons of the Past Decade by the Jewish Telegraphic Agency.
Ambassador Friedman is the Founder of The Friedman Center for Peace through Strength which works to build upon the Ambassador’s achievements in strengthening the US-Israel relationship.

On February 8, 2022, HarperCollins published Ambassador Friedman’s memoir, Sledgehammer: How Breaking with the Past Brought Peace to the Middle East. In its first week, Sledgehammer broke sales records for a book on the State of Israel.

This event is part of Temple Beth El’s Anti-Semitism Series: The Jewish World’s Biggest Names on the Problem the World Has with Jews.

The Anti-Semitism Series is part of Project Nuremberg, underwritten by Jay and Marilyn Weinberg to provide Holocaust, Law and Ethic programming.