Where Were You This Past Week? 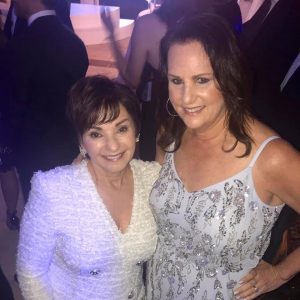 Supporters of Sweet Dream Makers were treated to an enchanting experience under the stars at The Addison on Wednesday evening. These same supporters have provided beds for more than 1,800 members of our community each year.

Founder Suzanne Broad has been working alongside 40+ local social service agencies and has proudly provided thousands of beds to hundreds of families.

Having beds does so much more than give them sweet dreams. Behavior, mental and physical health, academic performance, and family harmony are all improved by healthy sleep.

Sweet Dream Makers is dedicated to ensuring the basic comfort and security necessary for each child to reach their full potential. 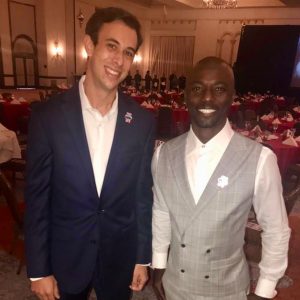 Friday was the kickoff luncheon for the Cheribundi Boca Raton Bowl.  The guests had the pleasure of hearing Santonio Holmes.

As the former football wide receiver explained, from the time he was in elementary school, Holmes knew he had a choice for how his life would turn out. Every little boy growing up in Belle Glade knew the options. They see the examples everywhere around them, “either you’re going to sell drugs, or play football,” he said. “Play sports, or stand on the corner.”

Holmes was drafted by the Pittsburgh Steelers in the first round of the 2006 NFL Draft after playing college football at Ohio State. In Super Bowl XLIII, Holmes secured the Steelers’ NFL-record 6th Super Bowl win after catching a 6-yard touchdown pass from Ben Roethlisberger with 35 seconds left in regulation. Holmes caught nine passes for 131 yards and a touchdown, including four receptions for 73 yards on their final game-winning drive. He was named Super Bowl MVP, becoming the sixth wide receiver to win the award. 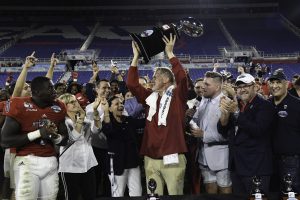 When the Boca Raton Bowl was played on Schnellenberger Field, the underdog Owls claimed the title over the Mustangs with a decisive victory at Saturday’s game! 52-28. Lane Kiffin was, elsewhere, watching his now-former Florida Atlantic team play. 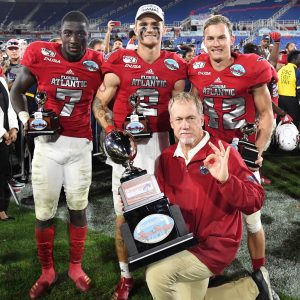 Even with several key FAU starters, including the school’s only first-team All-American, missing, the Owls were unstoppable.

Kiffin tweeted congratulations to his former team near the end of the game. “This was awesome!! 11 wins again so proud of you guys and the coaches!!” he wrote. Willie Taggart, who was hired earlier this month as Kiffin’s replacement was at the game. 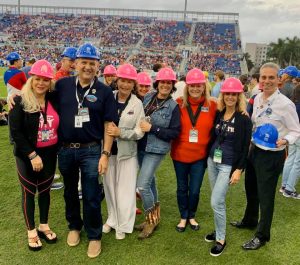 Now Glenn Spencer cedes control of the Owls to Willie Taggart, most recently the Florida State coach, hired at FAU earlier this month as Kiffin’s replacement. Spencer moves in to University of South Florida where he will be defensive coordinator.