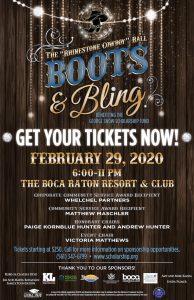 The “Rhinestone” Cowboy Ball takes place at the Boca Raton Resort & Club this year. They are jazzing things up a bit, so add some “Bling & Sparkle” to your elegant Cowboy attire with a splash of glitz, glitter and glamour.  Let your imagination run wild.

Guests will enjoy culinary delights at dinner, open bar, a bourbon tasting in the Gaming Saloon with a bit of Black Jack, Craps and a play of Roulette. You can’t have a Cowboy Ball without a fiddle player, Randi Fishenfeld, “Tornado on the Violin” and a little line dancing with assistance from the entertainment, The Finesse Party Band, you will be dancing the night away! The best part…you can even ride a mechanical bull! Now saddle up for some fun because the “Rhinestone” Cowboy Ball promises to be a blast! Holler back to The “Rhinestone” Cowboy himself, Tim Snow, 561-347-6799. 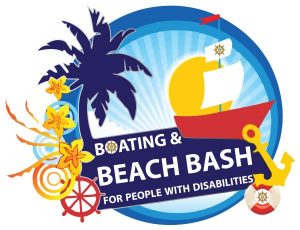 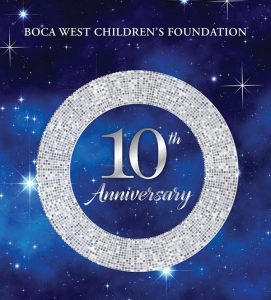