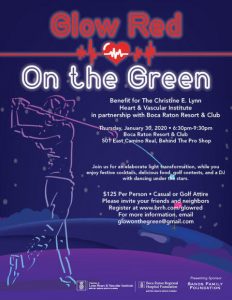 Join the fun for an elaborate light transformation, while you enjoy festive cocktails, delicious food, golf contests, and a DJ with dancing under the stars benefitting The Christine E. Lynn Heart & Vascular Institute in partnership with Boca Raton Resort & Club.

Brain Bowl’s efforts benefit the Alzheimer’s Association; Alzheimer’s Community Care; and Florida Atlantic University’s Louis and Anne Green Memory and Wellness Center, Christine E. Lynn College of Nursing.
The luncheon is a unique opportunity for community and business leaders to network with one another, all in support of these important non-profit organizations. 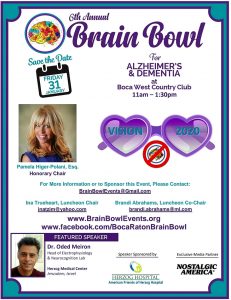 Caring for those suffering from Alzheimer’s and other forms of dementia poses a huge cost to those in the labor force, in terms of personal stress and lost work hours. Alzheimer’s disease and other dementias cost American businesses at least $61 billion a year, just in lost productivity, related to employees providing care for individuals with Alzheimer’s or other dementias, including Lewy Body Dementia, from which many with Parkinson’s suffer.

Did you know 1 in every 3 individuals in Palm Beach County is currently impacted by Dementia and/or Alzheimer’s?!?

It is business and community partners, such as YOU, who can make really make a difference by taking a leadership role in raising funds for research and promoting awareness of these devastating diseases.
Alzheimer’s remains the only leading disease in our country that has no survivors — your efforts will help make that no longer true!

Additionally, this Luncheon will be a wonderful opportunity to expand your business profile and grow your own standing in our community.    We look forward to partnering with you as a sponsor of this vital community event.

Jeff is coming off of NBC’s alternative comedy-variety series hit called “I Can Do That”. Which he is extremely proud of and taught him. 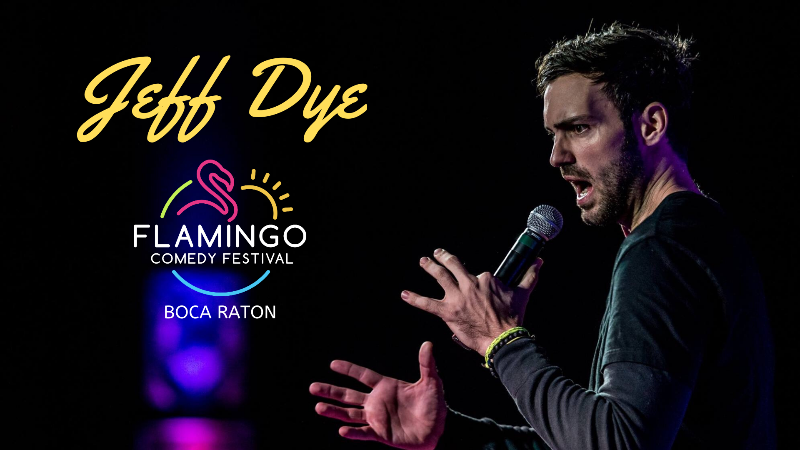 Dye is a nationally touring comedian, actor, host, prankster and Bigfoot enthusiast. Raised in Seattle, this class clown started doing comedy at Giggles Comedy Club right out of high school and was first nationally recognized on NBC’s “Last Comic Standing” where he finished third after only three years into his comedy career.

Since then he has had two of his own shows on MTV (“Money From Strangers,” “Numbnuts”), his own “Comedy Central Presents” special and stared on numerous other TV projects, including “Girl Code” and “Extreme Makeover: Home Edition.”

Dye’s passion is bringing love and positivity through laughter to everyone he encounters.

The streets of Mizner Park will once again be filled with a tremendous selection of art from across the country as the Boca Raton Museum of Art presents its 34th Annual Museum Art Festival. One-of-a-kind art is available for purchase including painting, sculptures, jewelry, fiber art, photography, ceramics, pottery, wood art, mixed media, graphic design, crafts, and art glass.

THE MUSEUM ART FESTIVAL is the longest running and most prestigious of any in our city, drawing 40,000 art collectors and enthusiasts to the Museum’s doorstep every year. Approximately 165 artists and artisans from across the country are selected to showcase their fine artworks in a diversity of medium & in a beautiful setting.

Art Festival proceeds help support the Museum’s educational programs for children and youth. Admission is complimentary and free parking is available in the garages at Mizner Park.