Boca Chamber Festival Days is the Boca Chamber’s outreach to the non-profit community. Non-profit Chamber Members join forces with for-profit Chamber Members to hold events during the month of August. The goal is to raise awareness and funds for the non-profit member’s philanthropic efforts all month long. South Florida residents travel from event to event, participating in everything that is great about Boca Raton. 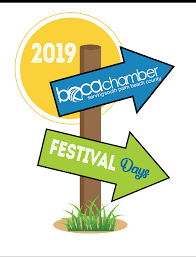 Here is the lineup for August:

August 5:  Boca’s Got Talent:  a talent contest showcasing the best of Boca Raton for Faulk Center for Counseling to be held at Crazy Uncle Mike’s

August 7:  FondueRaiser for Lynn Cancer Institute at The Melting Pot

August 8:  Soleil Warriors:  a performance featuring aerial and acro yoga as well as singing and a salute to patriotism for Connected Warriors at the Wick Theater

August 12:  Back the Blue:  police equipment and technology demonstration for the Boca Raton Police Foundation at Prezzo’s

August 14:  Bingo for a Cause for American Association of Caregiving Youth at Strikes@Boca

August 16:  Caribbean Dreamin’ Party for Be Like Brit Foundation at 50 Ocean in Delray Beach

August 20:  Midsummer Cosmos Party:  Come and view Carol Prusa’s recent sculptures and drawings. This is a reflection on the subject of cosmology and deep space in the form of light-speckled domes, 3D glowing orbs, and silverpoint drawings. The Party will benefit and be held at the Boca Raton Museum of Art

August 23:  Battle of the Bartenders for Best Foot Forward to be held at the Boca Raton Marriott

August 24:  Wine and All That Jazz for the Golden Bell Education Foundation at the Boca Raton Resort

August 25:  Bowling for Bread for Boca Helping Hands at Strikes@Boca

August 26:  Sips and Sushi for Place of Hope Rinker Campus at Benihana’s

August 28:  Taste of the City for FAU’s Center for Autism & Related Disabilities to be held at Center State Bank.

Hot off the press:

For more event listings or information on any of the events, please visit: www.BocaCal.com