Coming up this week:

Join us on August 1st for the official kickoff event for Boca Chamber Festival Days, as eight competitors perform live with the music of their choice at Boca Raton Bowl Idol. 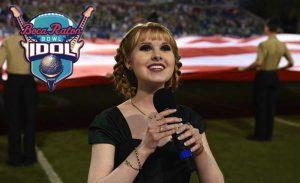 Admission is a $35 donation to support Spirit of Giving’s Back to School Bash. 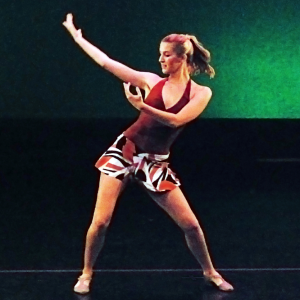 Bohemia Heat is a mixed repertory concert which was inspired when Boca Ballet Theatre’s Co-Artistic Director Dan Guin attended a concert at the Southeast Ballet Association where he was “blown away” by new choreographers Ashlie Wells and Kassandra Taylor Newberry’s piece, Bohemian Rhapsody. Along with this beautiful piece we are planning to present an interesting and exciting blend of classical and contemporary pieces including: excerpts from Ramonda choreographed by Dan Guin after the original version; the David Parsons masterpiece Caught and David Parsons comedic Sleep Study. 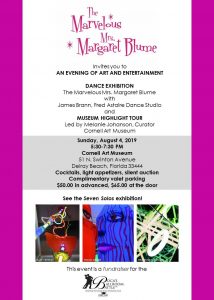 The Marvelous Mrs. Margaret Blume invites you to An Evening of Art and Entertainment 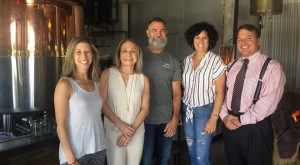 Tickets: $35 per person – includes one drink and appetizers and can be purchased via this link. 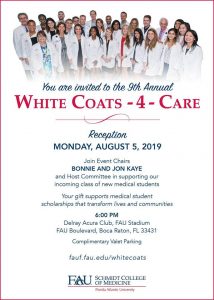 This year’s WC4C donor reception will again have an emphasis on scholarship funding as the event continues to celebrate the first and only medical school in Palm Beach County and the strides of its prior seven classes, embrace the incoming class of Florida’s future physicians. Donations for white coat sponsorship and scholarships are required to attend the White Coats-4-Care Appreciation Reception on Monday, August 5th from 6:00 p.m. to 8:00 p.m. at the Delray Acura Club in the FAU Stadium, 777 Glades Road, Boca Raton.

Unable to attend but would still like to make a contribution?  Please click here to make a donation.

Put this on your Fall calendar:

Speak Up for Kids of Palm Beach County is excited to announce the “There’s No Place Like Home Inaugural Fall Gala” presented by Event Chair, Robin Henderson 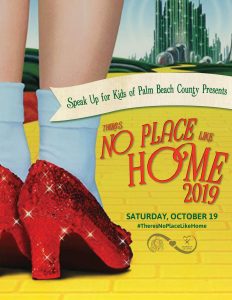 They will be transforming Jonathan’s Landing Clubhouse, Jupiter, into our very own Emerald City!

As the exclusive non-profit support of our local Guardian ad Litem Program, our mission is to provide 100% one-on-one child advocacy through the 600+ Volunteer Child Advocates serving more than 1,700 abused, abandoned, and neglected children in our county.

As a Guest, Sponsor or a Silent Auction Donor to There’s No Place Like Home Fall Gala you are helping us impact as many children’s lives as possible here at home.

Every child deserves a loving home, a warm bed, and the comforting arms of a caring loved one.  You can help every child live this reality as they repeat the heartfelt affirmation, “There’s no place like home.”

For tickets and info visit: speakupforkidspbc.networkforgood.com/events/14250-there-s-no-place-like-home

August 7:  FondueRaiser for Lynn Cancer Institute at The Melting Pot

August 8:  Soleil Warriors:  a performance featuring aerial and acro yoga as well as singing and a salute to patriotism for Connected Warriors at the Wick Theater

August 12:  Back the Blue:  police equipment and technology demonstration for the Boca Raton Police Foundation at Prezzo’s

August 14:  Bingo for a Cause for American Association of Caregiving Youth at Strikes@Boca

August 16:  Caribbean Dreamin’ Party for Be Like Brit Foundation at 50 Ocean in Delray Beach

August 20:  Midsummer Cosmos Party:  Come and view Carol Prusa’s recent sculptures and drawings. This is a reflection on the subject of cosmology and deep space in the form of light-speckled domes, 3D glowing orbs, and silverpoint drawings. The Party will benefit and be held at the Boca Raton Museum of Art

August 23:  Battle of the Bartenders for Best Foot Forward to be held at the Boca Raton Marriott

August 24:  Wine and All That Jazz for the Golden Bell Education Foundation at the Boca Raton Resort

August 25:  Bowling for Bread for Boca Helping Hands at Strikes@Boca

August 26:  Sips and Sushi for Place of Hope Rinker Campus at Benihana’s

August 28:  Taste of the City for FAU’s Center for Autism & Related Disabilities to be held at Center State Bank.

February 12: I Am Hillel